Local legends Flight Facilities aren’t the only ones sharing new music with RÜFÜS DU SOL making a triumphant return in the form of yet another atmospheric slug dubbed ‘Alive’.

The new music follows a grand hiatus since their 2018 album ‘SOLACE’ that packed plenty of sonic punches including the effervescent soothers ‘Underwater’ and ‘No Place’. Joining it was the remix album that pencilled in rerubs from Gerd Janson, Hot Since 82 and locals Willaris K and Made In Paris.

The new track is like a warm cup of hot chocolate in its familiarity and cohesion within the group and their equal parts. It also mirrors music from peers about a ‘lost year’ but hope on the horizon for many as things attempt to return to normal, articulated in the lyrics;

There’s a pain in my chest that I can’t describe
It takes me down and leaves me there
When I talk to the night I can feel it’s stare
It creeps inside and meets me there…..

With lead singer Tyrone adding; “It’s a heavier song in some ways, but at its core it’s hopeful. We are – all of us – living in this transitional moment right now and we wanted to focus on the hope that the future holds for us all. To focus on the light at the end of this tunnel.”

Standing at a tough 5 minutes plus, ‘Alive’ really packs a punch and reaches a dizzying crescendo and a firm reminder that the band are well and truly back. Post a Zane Lowe premiere you too can listen to the anthemic new track below. 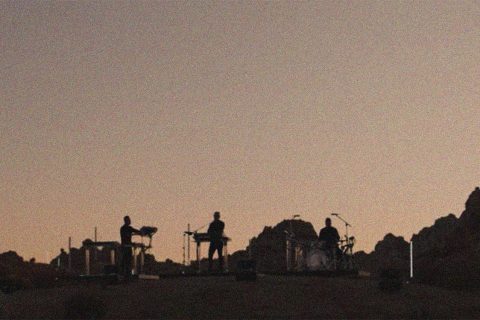