David August’s “Times”: The Best Album No One Is Talking About

German wunderkind David August just released his debut album, “Times”–and it’s a gem. August and the album will draw the inescapable comparisons to Nicolas Jaar–but that’s perhaps the biggest complement you can pay a modern, electronic artist. No matter that August is still a teenager–it’s flat out brilliant effort. Yet, oddly enough, no one is talking about the album. You’d think that Pitchfork–at least in its pre Jay-Z/Daft Punk reporting days–would eat this kind of melancholia house up. But they haven’t even mentioned August’s debut. Which is a shame–because if anyone deserves to blow up, it’s David August.

While clearly a tad rawer than Jaar’s notable sound, August has still created a unique blend of deep house and psychedelia here, and one that’s actually a bit more melodic than his elder counterpart’s work. For a somewhat minimalist sound, there’s a lot going on–strings and flutes in particular–that, on my 5th listen, I’m still hearing new sounds every time. There’s noticeable aspects of jazz and trip hop, all of which combine to make a sound that’s frankly indefinable. And that’s when you know you’ve stumbled upon true art.

The two epic tracks on Times are “Hommage” and “Watch Your Step.” They’re the kind of songs that would work perfectly in a David Lynch/Coen Brothers film, a sensual yoga session, or at 5 AM on the dance-floor while that last bit of whatever kicks in. It’s worth noting that there’s not a single feature on this album, and August contributes original, haunting vocals as well. If there’s a more inventice and exciting debut album this year in electronic music–especially from a teenage prodigy–well, it would be a shocker. Cause this one’s the real deal.

While he might not be Nicolas Jaar, David August is clearly the next best thing to it. So to quote Billy Bob in the epic Varsity Blues: “" target="_blank">I give it a 10, a fucking 10.”

Buy Times on Beatport Now. It’s Worth Every Cent. There are much worse ways you can spend an hour with your ears. And few better this year 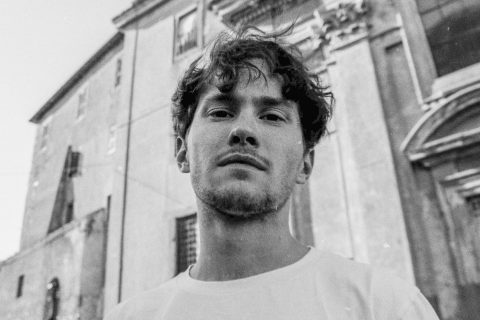 David August is releasing a new album in October