Luke Million is a lot of things. A talented musician is one thing, an advocate for afro’s is another, but he is also a keen collector is studio gear that would any tech-head drooling.

The Sydney based producer has just released his new EP ‘Come Together’, a project that blends all of his eclectic musical tastes into a dance-heavy, electronically charged 7-track offering.

‘Come Together’ is high energy culmination of all things we love about Luke Million. Each track channels a retro, synth-heavy tone that is brought to life with the help of some impressive features from the likes of Last Dinosaurs, Sam Sparro and Thief among others.

To celebrate the release, we visited Luke Million’s home studio to have a sticky beak at what he is working with. SPOILER ALERT: He’s got some good shit.

Dive into his studio and live show breakdown below!

Whilst the 808 did not feature on the final recordings besides the kick being used as a sub layer, it was an integral part of the writing process. A lot of my tracks start out with me making a beat on the 808 and jamming out on my synths with Pro Tools set in record mode. There is something about this machine that is so inspiring and I can use it to clock the arpeggiator on the Juno 6 or Jupiter 6, which is what I did for Fear The Night.

The SP-12 was used extensively across the EP as a processing tool for my drum sounds. Whether it is pitching down an Oberheim DMX for Killing Me Slowly or getting extra crunch on the drums for Alive, the SP-12 has some magical result when you sample into it.

This was one of the most frequently used synth in making the EP. It held down the bottom end providing the synth bass on Come Together, Hypnotised, Return To Translvania, Killing Me Slowly and Fear The Night. The Minimoog has such a warm and powerful sound that sometimes can almost be too much to handle. I also used it to provided classic detuned saw leads in Hypnotised and Return To Transylvania with a dash of Roland RE-201 tape echo.

Out of all my synths, this is my favourite one and it shows as I found a way to fit it into every track on the EP. The OB8 excels at warm synth brass sounds that cut through in a mix. Come Together and Killing Me Slowly are examples of the classic Oberheim brass sound.

The Juno 6 was heavily used across the EP. I utilised the built in chorus effect on filtered pads in Back To The Rhythm, Come Together and Killing Me Slowly. There is something special about the Juno. It does not have as many features as my Jupiter 6 or OB8 but it has a tightness that is great for Arpeggiators like I used in Return To Transylvania, Fear The Night and Alive.

The MS-20 was my go to synth for FX sweeps and swooshes for each track. It is an awesome versatile synth but I find it most useful for hands on FX for transitions and builds. My approach was to do a complete recording pass of each song and ride the cutoff on a noise wave feeling where it should rise and fall.

To record and mix my tracks I used a maxed out 27” Imac running Pro Tools 12 with a Universal Audio Apollo as the interface. I treat Pro Tools as a tape machine, recording my synths live through an Avalon U5 and then applying UAD effects such as the 1176LN compressor, Neve or API channel strips and the Studer A-800 emulation before it hits Pro Tools. Once in the box some of the most used plugins on the EP were from Native Instruments, Soundtoys, McDSP and Waves.

For the EP there was a mix of software and hardware used for processing the audio. To glue my drum sounds together and give them a bit of extra crunch and sheen I used the Aphex Aural Exciter with Big Bottom. For classic 80’s lofi reverb sounds on snare drums in Hypnotised and Return To Transylvania I used the Yamaha R1000. One of my other favourites is the Ensoniq DP4+ parallel effects processor. I used it generously on the vocoder in Come Together adding space and width to the sound.

When it was time to retire the Korg R3 that I had been using for the past few years, I needed to find something that could emulate my vintage synths and have a decent vocoder. I found exactly that in the JD-XA and now feature two of them in my live show. I have only scratched the surface of this synth, but having a great analog synthesizer built in means I have been able to get close to the sounds I used on the EP without bringing out my precious and fragile vintage synths.

My live show is not complete without a keytar. I reach for the Vortex everytime it comes to a solo in my set like in Come Together or Back To The Rhythm. I do have an original Korg RK100 keytar but the Vortex is a perfect light weight alternative to bust out on stage when on tour.

For drum fills and percussion sounds I use a SPD-SX. I’ve loaded it with custom sounds I’ve made in my studio and have also attached some classic Simmons pads to expand the amount of sounds I have in the live show.

Be sure to give Luke Million’s new EP an ear and get along to his nationwide tour which is selling like hash browns before 10am. Be swift though because Brissy hs already sold out and the other shows are fast on track behind it.

Find everything you need below! 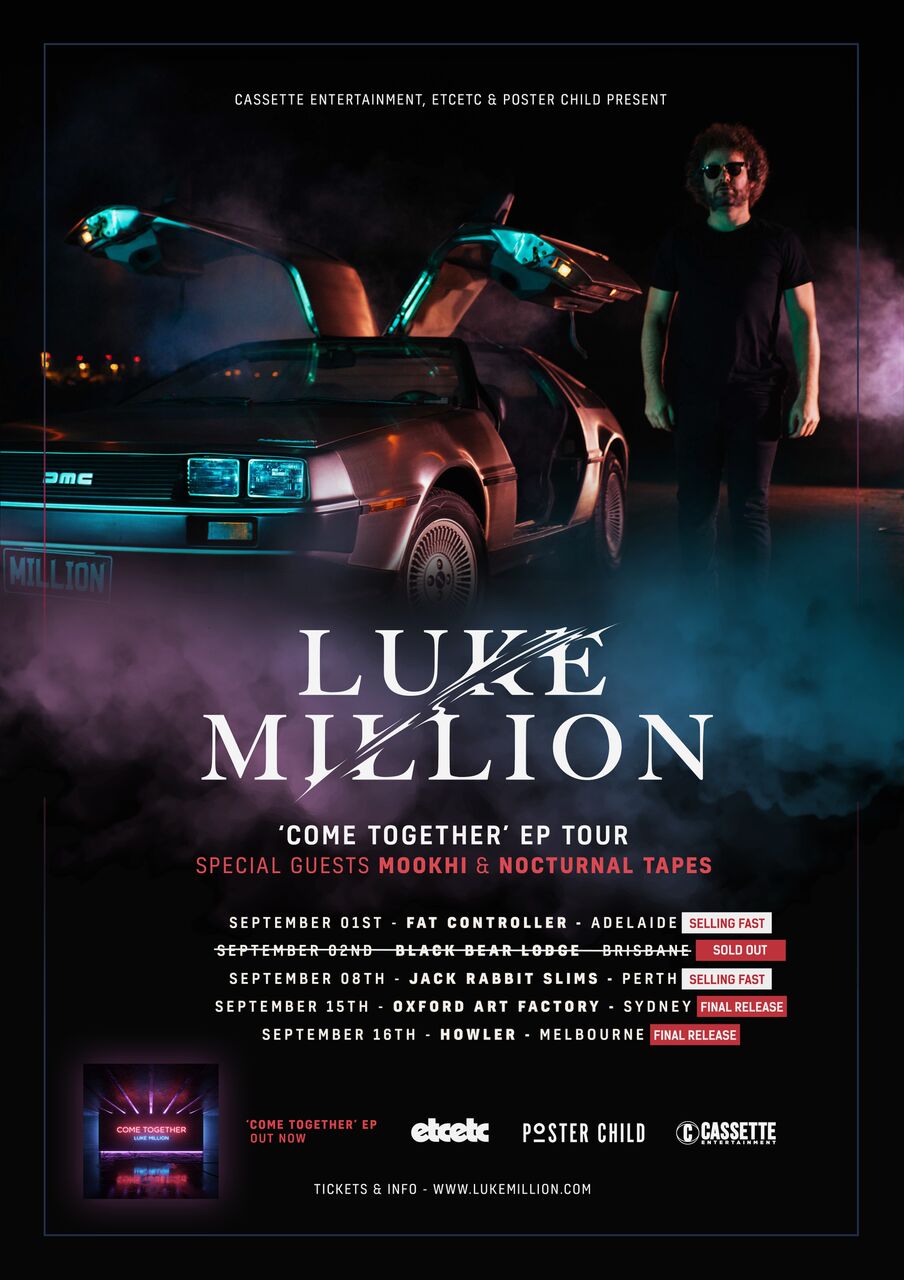 Ha, watch Luke Million take on our new series ‘Win or Bin’ and yes, Steven Seagal gets a mention! 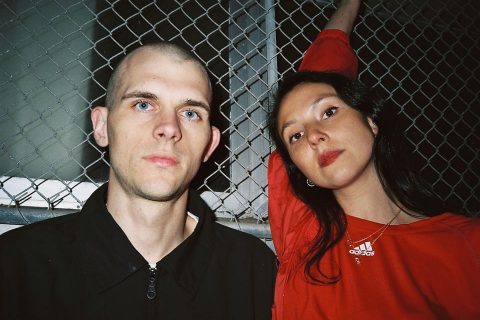 Studio Time: ALTA give us a look at their vintage set-up! 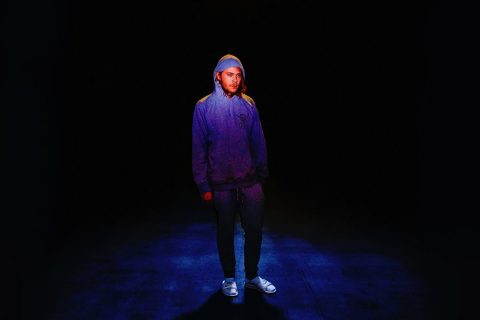 Studio Time: Yahtzel shows us the tools behind his tunes