The Future of EDM: A Bright Industry Under Fire 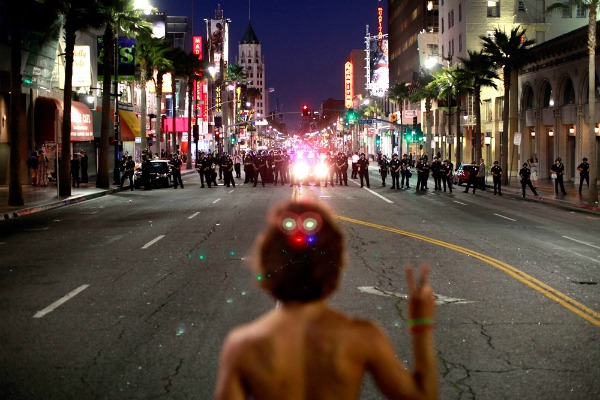 Electronic music has entered a new era of unprecedented creative and economic development, surging into mainstream culture like a bass-heavy tidal wave. Conceived nearly four decades ago as a grass-roots, avant garde, underground movement couched prominently in Europe, the maturation of what we now commonly call “EDM” has brought with it the inevitable complexities and controversies of “adulthood.”

As with any youth culture phenomenon, electronic music and “raving” have always drawn negative press from the traditionalist, conservative media who seem unwilling to look at the whole picture, to understand the foundational artform rather than merely putting it’s unpleasant byproducts under their paranoid microscope.

You’ve probably read the now infamous LA Times article attacking rave culture and (perhaps even more vehemently) the festival promoters, like Insomniac’s Pasquale Rotella, who create these exceptional events we have come to love. It’s no surprise that EDM is catching the bitterest flack in America, where paranoia propaganda is dosed out daily through every form of news media. There’s the War on Terror, the War on Drugs, and here we see the War on Art and Entertainment.

No doubt prompted by the upcoming festival season in the US, LA Times clumsily vilifies successful promoters like Rotella for the “fatal toll” his events have taken, and the “tragic pattern of drug overdoses” he must somehow be responsible for, that coincide with electronic music.

The statistical reality, which the Times even cites through their own investigation, is that “since 2006, at least 14 people who attended concerts produced by Rotella…have died from overdoses or in other drug-related incidents.”

It doesn’t take a mathematician to figure out how minuscule that percentage is, considering in 2012 alone Insomniac’s Electric Daisy Carnival maxed out at 300,000 tickets sold. No matter the numbers; however, it’s critical to recognize that these tragedies, the lives lost, families and friends left behind, are in no way insignificant or forgotten. But to place blame on the music itself and the promoters sponsoring it’s growth and enjoyment is a severe injustice and oversimplification of the real problem. Drug abuse and overdosing will not end if raves end.

The LA Times has done a marvelous job of exhibiting the distinctly American tactic of mindless finger-pointing — just like when people sued McDonald’s for making them obese. Not only is this an issue of fear-mongering and smearing, it’s a sad reminder that the concept of self-responsibility is going down the drain.

Despite these gloomy blips in the EDM timeline, there is always a brighter side to the bad hype. Just over a week ago on January 28, a monumental event occurred in electronic music history. Two of the industry’s top businessmen and most respected leaders revealed the launch of The Association For Electronic Music (AFEM). The announcement was made at the MIDEM conference, an annual music business, technology and creative networking event. Following the announcement was a two-hour forum discussion on relevant issues facing electronic music — namely attention to metadata (i.e., industry net-worth and profitability), best practices, and of course health and safety.

The not-for-profit organization, headed by London-based Ben Turner and Washington-based Kurosh Nasseri, has several key aims for the burgeoning industry, foremost that electronic music be taken seriously. They believe that with a unified membership of artists, labels, promoters, managers, publishers, agents, etc., it will be possible to effectively represent dance music culture as a whole, and give it a powerful, collective voice.

Kaskade articulated the issue perfectly in his rebuttal to the LA Times: “No One Knows Who We Are.” When accidents occur due to one individual’s irresponsible behavior, the entire music scene is put to trial, and without the ability to defend itself through an organized, dynamic body of representatives, it can easily (and needlessly) be dragged through the mud. As Turner told Mixmag, “We’ve created a monster, we’ve got a mountain of work to do to represent everyone’s interests. A part of that is to put a team in place and create a network for people to communicate and learn.”

To give you a sense of the stature of AFEM’s founders, Ben Turner is also co-founder with Pete Tong of the Ibiza International Music Summit (IMS), he manages artists as revered as Richie Hawtin, created the Association Of Independent Festivals with Rob Da Bank, owns a company called Graphite that handles brand interactions in music, is the director of Bestival, and started the Association of Independent Festivals. Turner’s partner in running AFEM is entertainment lawyer Kurosh Nasseri, who serves a hefty list of clients from Afrojack to Armand van Helden, Deep Dish to Dubfire, also Richie Hawtin, Felix Da Housecat, and numerous other artists, record labels, companies, sites, etc. He’s been a prominent figure in his practice for decades and is also on the Grammys Board of Trustees.

With Nasseri in the US and Turner in the UK, the goal is to straddle the broad scope and geography of EDM. As Turner says, “It’s got to be local and it’s got to be global.” They also want to strike a balance between representation of the mainstream and the underground, with the primary focus being to sustain and continue to foster the exponential growth in innovation, popularity and overall success that the dance music industry has seen over the past decade.

Naturally, AFEM’s first order of business in the next few months will be to determine dance music’s current financial value, since there has yet to be an accurate study on the numbers, with only projected estimates of $4 billion internationally as of 2012 floating around. Once AFEM knows how much money the industry has to play with, the contributing members will meet and decide how best to use their resources to continue moving forward. The inaugural gathering of AFEM will take place this March in Miami at the annual Winter Music Conference.

With stellar leadership and a sparkling vision, AFEM’s inception will no doubt contribute a great deal to the vibrant future that is ahead for dance music and it’s ever-expanding community.

AFEM’s Mission Statement:
The Association’s mission is to represent the common interests of all individuals and companies whose business is electronic dance music and to advocate on behalf of electronic dance music as a musical genre. The Association’s members will be managers, labels, promoters, publishers, agents, retailers, broadcasters and artists – all who wish to help secure the continued progression and future of our music. The Association will be guided by a board of advisors composed of the leading minds in the genre. The Association is a not-for-profit trade body which will act globally; it will aim to support and enhance the industry; educate; unite; challenge and lead in matters where the industry needs one voice to help better our future. Association for Electronic Music is a future alliance for future music.

AFEM’s Board of Advisers includes among others: