In what promoters and fans alike are calling the stitch up of 2018, EDM super group Swedish House Mafia have been officially barred from entering the country.

This shocking news follows the trio’s resurfacing at Ultra Music Festival, Miami, which resulted in social media blowing up with excitement while electronic dance music professors let out a joint sigh of relief knowing EDM is still alive.

But, alas, the Swedish House Mafia buzz will not be breaching Aussie borders, with the Minister of tourism Richard Colbeck claiming the group is “utter trash”.

“Why the frick would we want that mob down here?” Colbeck explained. “Ever since that stadium tour in 2013 our electronic music scene has never been the same. Way too many big-room DJ wannabe’s trying to be the next leather pants wearing, slick back hair sporting douche at Tomorrowland… It’s simply not the direction we want up-coming artists to take again, not when they can follow the likes of Flume or Peking Duk; some home-grown dance music legends”.

A spokesperson from Swedish House Mafia’s team – which we have been told by an inside source is actually Axwell’s dad – has reached out to Stoney Roads issuing a statement on behalf of the band. He said “SHM, are distraught with Minister Colbeck’s ruling. We were under the impression EDM was still alive and kicking down under? Isn’t Stereosonic still reeling in thousands each year?”

He added that they “will be discussing our options with our legal team and plan to appeal this decision.”

We will update this story as it unfolds. What do you make of this breaking news? Oh, and by the way, have a great April 1st 😉 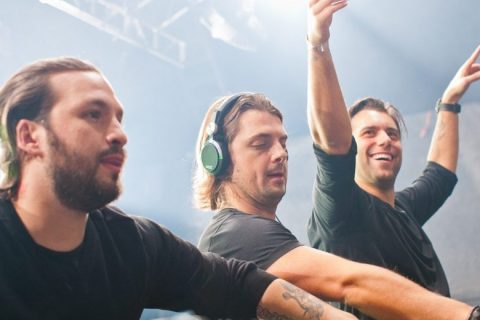