About a week out from the official announce of the Stereosonic 2012 lineup and it looks like we may have unearthed another artist on the bill with the steely looking fella above, Dash Berlin set to return once again after playing last years festival.

A quick look at the events page on the progressive-trance producers official site will show you a ‘Pacific Tour’ with the exact dates that coincide with those of the national festival.

Coincidence? We think not and even though we’re not the biggest fans of Dutch progressive-trance it’s still exciting to see the breadth of sounds that have already been purveyed for this years festival!

The official Stereosonic 2012 lineup will drop next Thursday July 5th. 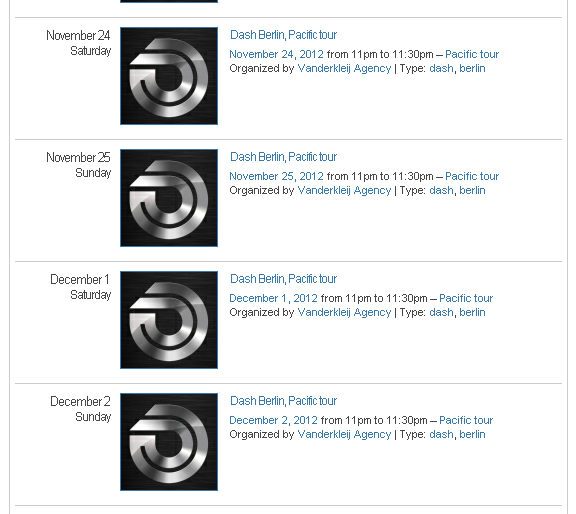