Strawberry Fields 2016, What A Trip

Picture this. It’s the dawn of summer and the mercury is starting to rise. Your friends have all finished their studies for the year. You’ve all decided that you’ll gather as a collective and travel to a quintessentially Australian outback landscape by the Murray river to spend three nights together bathing in sonic treats from internationally renowned selectors. Sounds pretty good right? Every November for four years, this is what I’ve been doing, and I can’t think of a better way to bring in the warmer months of the year.

Like the gum trees that encompass the festival grounds, Strawberry Fields is a seed that has grown from a small and intimate operation to one that is renowned across the country and abroad. It’s been amazing to see the expansion of the festival. The first time I went in 2012, things were slightly smaller scale. Now in 2016, the festival has moved from its adolescence into something else entirely. Everything has been up-scaled, from the number of food stalls to the stages themselves. Even the beach has been upgraded to accommodate more people who want to cool off in the rejuvenating waters of the river.

My convoy of merry men and women rolled up to the festival grounds around 3pm. The temperature was up amongst the low-mid thirties, a trend that would continue for the rest of the weekend. A few weeks before the festival started, massive amounts of rain had flooded the camping site. The effects of this could still be seen as we camped on the edge of a large flooded creek area. The beautiful surrounds put me in a relaxed state of mind. After the sweaty rush of erecting the tents, the focus turned to quenching the body in cheap Aldi beers. And thus begun Friday night.

On my radar for the evening was Croatian progressive master Petar Dundov and German techno lord Marcel Fengler. Dundov was the perfect way to easy people into something they mightn’t have heard before, as he weaved his way through his catalogue of deep and entrancing productions in a silky smooth fashion. When 1pm rolled around, Fengler took charge of the impeccable Funktion-One sound system. Instantly, the sonic landscape changed. The pace of the music quickened, the vibe darkened and Marcel adorned the crowd with the heavy and powerful techno. He began by playing hypnotic and bass heavy tracks and then set about building the tension and energy in the crowd. The pinnacle moment of the set came when he mixed in Raiz club focused remix of the late 80’s hit, ‘Pump Up the Jam’ by Technotronic. Things turned into a proper rave. After Fengler finished up, the dance floor had sapped every bit of energy I had left. Time for bed.


Saturday dawns. By 10am, the temperature was approaching the 30’s. Time for a swim to wash away the previous night’s exertion. Having the Murray river in the festival grounds was a crucial inclusion. Being able to cool off in the water was truly the best aspect of the festival. You come out feeling refreshed and ready to do battle. The first protocol before heading back to the main stage was to get a decent feed. Strawberry’s market space really turned it on once again. There was every meal you could ever want. I would like to make a special mention to the Uruguayan steak sandwich food stall, El Chivi. Holy hell that was a tasty meal.

We rolled into the Wildlands stage at a touch after 3:30pm for Patrick Topping. He was playing what you would come to expect from the Ibiza frequent, groovy house beats. The set was nothing special as its energy stayed at a constant level in my personal opinion, but my feet were still moving and for the crowd, it was doing all the right things. It was right for the time of day. After two hours of  the Brit, Superflu took control of the mixer and brought a welcome change of vibe to the main stage. However, the heat forced me to take a brief nap and another swim in the river to regenerate for one of my most anticipated sets of the festival, old school UK legend Leftfield.

Saturday saw an essential item switched on, the lasers. Wow, the lasers. What it show it was. At 8:30, locals Sleep D wound down and Leftfield took the stage. His set used groovy bass lines, broken beats and interesting sounds like I’ve never heard before, and moulded it all into one of the best rave sets I’ve seen. Saturday night was off to a good start. The Underground Resistance DJ Assault Squad (yes, this is their name and it’s awesome) kept the good vibes rolling along, as they increased the pace and brought some proper Detroit groove and soul to the Australian bush. Dex Nomadico, aka DJ Dex,  was the first of two to play from UR, the second being DJ Skurge. Dex was all over the mixer, bringing some DJ skills not heard from anywhere else at the festival – scratching in vinyl tracks and some classy fader cuts.

After watching him for 10 minutes, I feel as if I saw his whole set. He played one of his tracks, then faded it to ambiance, and then begun another track. This repeated. Personally, it wasn’t enough to keep me interested to stick around as it never really progressed from where it started. However, for those people that wanted to see Bodzin play his tracks, they would have lapped up every minute of his set. But it wasn’t enough to back up the two set proceeding him. The heat of the day and sleep deprivation from the night before had taken it’s toll. Time for bed.

Sunday. Time for another swim. Having spent a good hour or so in the water, it was time to fuel up for the final day of dancing in the bush. Things were on track to be another classic day until the weather started to loom. As the rumble of thunder could be heard in the distance, dark and menacing clouds cropped up from behind the tree line to reveal an powerful storm front. The heaven opens, and my, did it bucket down. Thunder boomed across the festival site as the storm pass directly over us.  Half of our crew was on route to main stage and got caught out in the open. You would be soaked if you stood in the rain for any longer than ten seconds. Some sprinted back to the campsite as other retreated to whatever shelter they could find. We huddled together under our tarp to escape the torrential downpour. A real fear of flash flooding crossed my mind, but eventually it eased off after about 20 minutes of some of the heaviest rain I’ve ever witnessed.

As the storm passed, we made our way to the main stage. People were slipping over left right and centre. It was like an inebriation indicator; those who were unsteady on their feet fell victim to the mud. Move D played a spectacular vinyl set, perfect for the afternoon. He started with some funky beats and then progressed into some harder hitting house tracks, but all where laced with soul that struck right at the heart of the crowd. Then came the real treat, Radio Slave, aka Matthew Edwards. With over two decades of worth of experience, Edwards was a true class act, a perfect choice to close out the festival. Seamless mixing and track selection all culminated together to form one of the best sets I’ve even seen. His use of vocals was second to none, proving intense day time vibes. He took the crowd for a wild ride, rising us of every last bit of energy we had.

Strawberry Fields has become a mainstay on the Australian festival landscape as it provides an atmosphere that is truly unique from location, music and culture. It’s not focused on being one particular thing, but rather a balance of many. It’s a place where you can go to forget about life for three days and gather around your friends to tighten your bonds and have one hell of a good time. The effort that was put into this year’s festival trumps all others before it as the music was programmed really well, and attention to detail could be seen everywhere. This reporter is excited to see what the future holds. 10/10 weekend. Thanks Strawberry, see you in 2017. 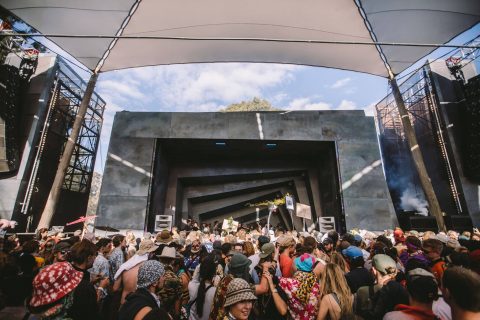 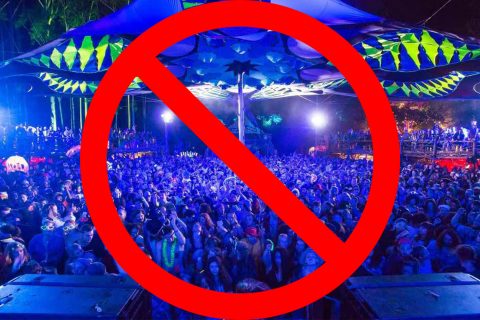 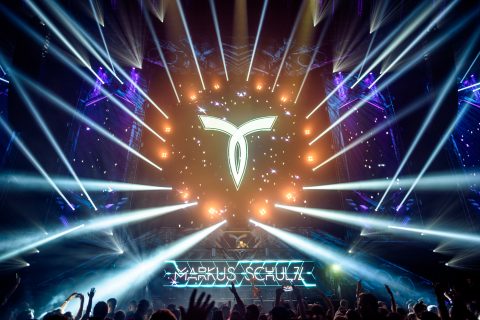