Reclaim The Streets is returning this weekend, with thousands expected to march from Sydney’s CBD to the Casino in protest of the lockout laws.

The renowned protest group will be kicking off their first march of 2016 this Saturday, March 19, where a mass of frustrated Sydney siders will take to the streets of the CBD and march towards The Star in Pyrmont, protesting the lockout laws.

It was only a few months ago we were marching with Reclaim the Streets through Newtown, and just a few weeks back was the hugely anticipated Keep Sydney Open rally (peep our photos from the day here) that saw 15,000+ people march through the CBD. Hopefully the punters will be ready to back it up again in the name of Sydney nightlife.

The protest kicks off from 3pm at Town Hall. If you hate the lockout laws and the way our Government is man-handling our late night culture, be there!

Check out our recap video from the last Reclaim the Streets below, this time we’ll be bringing an even bigger rig to provide the musical relief! 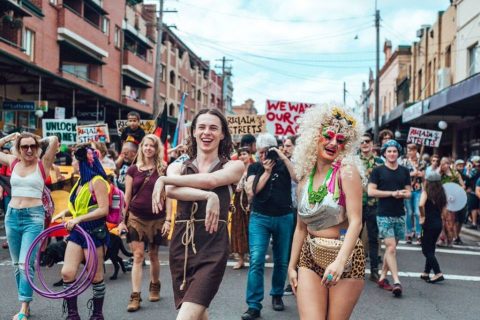