Chaos In The CBD

New Zealand natives Chaos In The CBD are pursuing their trade in one of the biggest smokes of them all, London!

Crafting a wide variety of genre-bending house and techy tunes, these siblings are ones to watch who are hot to trot making an impact touring Europe and releasing on imprints including Amadeus and ClekClekBoom. To catch up, DJ U-khan popped the dudes some Q’s in the lead up to their soon to be Sydney show at Charades on Friday 17th Jan.

It’s been just over a year to be exact since you came and played the in Sydney (Charades Night), What have you been up to over Summer?

It’s actually winter in London at the moment, so a lot of Netflix and Tikka Masala. It’s a good time of year for going out though, plenty of nights out causing mischief with the lads.

Where have you been playing/touring lately? We saw you guys were just recently in Southeast Asia?

We were in Thailand for Christmas spending time with the family. We hadn’t seen them since we left New Zealand a year ago, so it was a pretty special time. Other than that, we spent the majority of 2013 playing around Europe, meeting cute people and doing a lot of dancing.

You relocated from NZ to London – how are you enjoying it? How do you find it is influencing you? Good/Bad parts about living up there?

We love it! After the initial teething period, which involved a little debauchery and hazy decision making, we now consider London home. Options are endless as far as going out, and it’s exciting to be surrounded by so many creative people who inspire us. Obviously being located on Europe’s doorstep isn’t a bad thing either.

Your latest EP 816 to Nunhead, tell us a bit about that? It has a really old school feel to it, is this more the direction you guys are heading musically or are you just mixing it up a bit?

Nunhead is where we live. That’s our ends. We spend a lot of time at this party hosted by a friend in Peckham called Rhythm Section, which is just around the corner from our place. Always the best feel good vibes there. The EP was influenced by this environment, and the European summer. Our next EP is coming out soon on a completely different tip. We like to mix things up a bit and keep people guessing.

Finally, if you were stuck in Antarctica in an igloo with nothing but a years supply of salmon steaks and a turntable, what 3 records would you bring with you?

First of all, I’m not really a big fan of Salmon. Secondly will there be electricity for us to listen to these records? To be fair, we’d probably just bring some RnB and Dancehall to heat things up a bit. 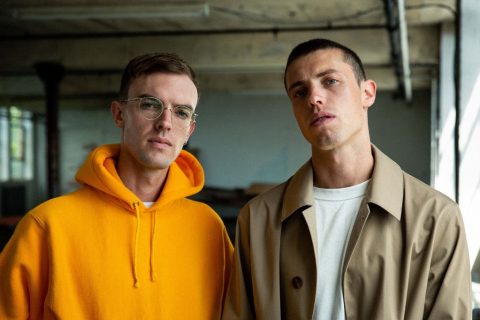