Disclaimer: We don’t mean any disrespect by this article; it was written in a sarcastic light. We know Madonna still makes better music than Lady GaGa, P!nk, Miley, Katy Perry and so on, and we know how much she has given to the music community. So before you read, laugh or get offended, please understand we wrote this for a laugh. Drugs are a serious issue; we just have a problem with pop stars from other genres glorifying things when a proper discussion is needed now more than ever. – Stoney

It was released a few days ago on September 6 and documents the performances at the American Airlines Arena in Miami, Florida during the North American leg of ‘The MDNA Tour’ in 2012, and also the footage from other shows. But although she’s released 12 albums since 1983 and hosted nine tours since 1985, as well being dubbed “the most important woman in the history of popular music”, we’re still not too sure about the antics revolving around her priceless promotion of drug use in the music community.

Coming just days after we found out ketamine users have a higher chance of getting cancer, as well as the tragic Electric Zoo deaths where Tommie Sunshine called for calm with the ever-increasing ecstasy culture, is a prominent has-been (woops) figurehead like Madonna really paying her dues by calling her album ‘MDNA’?

Sure, everybody knows the wonders of MDMA, and we all know it’s nothing close to a new phenomenon in the music community. But for the new kids growing up who are starting to find something to grasp onto in the way of dance music and ultimately searching for role models, should somebody who has been so influential for so (s0) many years for so many people be discretely advocating the drug?

We know it’s nothing new for her, though. Remember when she opened up for Avicii‘s show at Ultra last year and asked the already-MDMA-fuelled crowd “has anyone seen Molly?!”. This sparked a hilarious typical rant from Deadmau5 who told the weathered musician to show some responsibility for her actions, and despite her defence being in the way of promotion for a Cedric Gervais track, we all know she was just trying to bring back her youthful glory days. And now, despite all the hate she got for that, she strikes again.

But with hits on the album like ‘Papa Don’t Preach’ from 1986, ‘Like A Prayer’ and ‘Express Yourself’ from 1989, the deep house-influenced ‘Vogue’ from 1990 and ‘Hung Up’ from 2005, wouldn’t you think that with 4 kids at home, she should be getting to the stage of her life where drinking peppermint tea in front of UKTV is more desirable than railing molly off a stripper’s chest who wasn’t even alive when she was 30?

In my opinion her newest tunes off ‘MDNA’ are woeful and in no way reflect the true musician she was, or still is. Unlike artists like The Rolling Stones, Paul McCartney and Jimi Hendrix whose legacy to music will always live on, I think Madonna’s main era in the limelight has unfortunately passed. Maybe worse, too, is that she’s trying – and failing – to bring back those triumphant days by ‘engaging’ with the youth of today through drug references.

Perhaps she’s feeling a sense of insignificance in a world where there are so many more good musicians than there were when she started, and she’s trying to launch herself back into popular demand by acting like a turbo cause that’s what ‘popular’ ‘artists’ like Pitbull and Flo-Rida do. But really, we can all agree that in doing so she’s lost a lot of dignity and merit, cause who likes those two toys anyway? Their music videos advocating ‘fully sick’ parties where they’re ‘poppin’ bottles’ on the ‘sexy bitches’ are an absolute disgrace to music altogether. But that’s a different story.

I feel a bit of sympathy for Madonna in this sense, though, because at the end of the day she’s 55, and it’s hard work for anybody staying on top of popular music these days since the quantity’s so high. Who can blame her for thinking that everybody would respect her more for calling her album ‘MDNA’? After all, she probably doesn’t know how to get on the Internet to find real music, so her only source is MTV where acting like an idiot is the norm.

Don’t get me wrong, she (thankfully) doesn’t have any correlation to the likes of Shitbull, Flo-Rida and the like, but fact that she opened up for Avicii – who thinks there’s actually some sense in mixing poor commercial house with country music – openly clarifies that she has no idea what’s going on post-2005. This abuse of the EDM scene, which has now turned into nothing short of a community of swag-fags, has clearly sucked in the near-retiree as she now moves to low-quality dance music to endorse drug use.

But on the off chance that you’re reading this, Madonna, let me just say there was no disrespect intended with this article. We don’t underestimate your contribution to the music industry in any sense since the 1880s, sorry, 1980s*, but we just think maybe it could be time to join a book club, learn bingo, finish knitting that blanket you started 5 years ago, learn to pay for things without a cheque-book and generally reminisce on your career, rather than encourage young punks to think that drugs are cool, or worse, think that it’s normal for a 55 year-old woman to still use them. 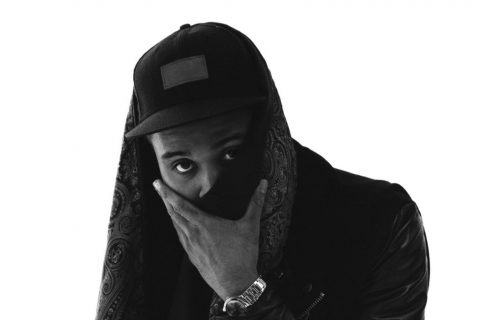 Is a Disclosure and Madonna collaboration really on the cards?