To celebrate the release of Diplo’s first-ever ambient album ‘MMXX’ came an announcement of a very special show dubbed “Under Ancient Skies: A Night of Ambient Music and Stargazing.”

The show, a collab with the Smithsonian’s National Air and Space Museum would see the entire album and more be played live in what we’d assume was a super chill spectacular.

In a turn of events, the performance featured none other than local electronic wizz Flume who joined the Mad Decent boss for the atmospheric and ethereal night. As you know, Flume loves getting on the gear and that was evident during the show having a good ole play on some analog goodies.

Lucky for us, a few snaps and video snippets were uploaded to Flumes Instagram showing plenty of low-end timbre and of course, the two making musical love.

It’s been a busy few months for Flume having dropped a rap loaded EP in August with Reo Cagran and huge bop “The Difference” with Toro Y Moi in March. 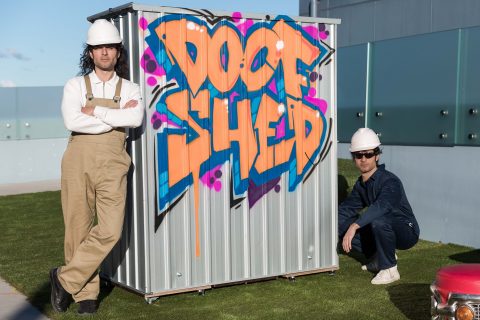