This wasn’t the post we expected to write today but here we are with Vin Diesel dropping a tropical house track on Nordic producer Kygo’s label.

Turns out the Fast and Furious star is a bit of a fan of EDM so makes sense to put his name to “Feel Like I Do” – a fairly simple and heavily vocoded song about a new crush.

While a surprise to many, he’s actually spoken of his love of music in the past and has never shy’d away from grabbing the mic and giving the pipes a workout.

The track got a tease recently on The Kelly Clarkson Show where he also told viewers “On a year where I would normally be on a movie set, I’ve had another creative outlet, another way to share with you my heart.”

While it’d be easy to slay the tracks… ambition, you’ve got a typical ‘macho’ dude stepping out of his box and releasing something a bit more personal and honest. Something we’ll tip our hats to big V. 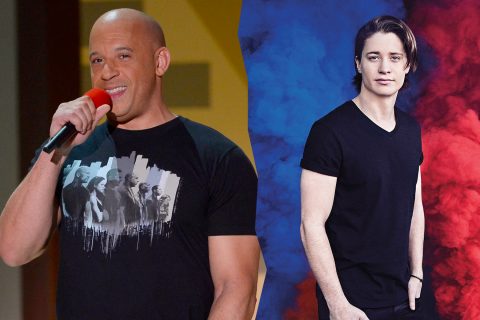