When a track goes viral online, it changes the lives of the artists that made it. But because no one knows exactly what makes a track go viral, they’re rarely prepared for what comes next.

The instant stardom can leave artists as a one-hit-wonder, or push them into long-lasting careers. Public expectations can eat away at their creativity, or they can move forward with their vision, undeterred. The latter is the path Sydney duo, Yolanda Be Cool, took.


To celebrate its ten year anniversary, our fifth podcast episode brings you the story behind Yolanda Be Cool and DCUP’s 2010 hit, We No Speak Americano. It sold over 5 million copies, was watched over 200 million times on Youtube, and went to number one in 16 countries.

We spoke to Matt and Andy to find out how the track came about, what happened after it blew up, and what they learnt from their crazy experience. They came through with huge lessons for musicians looking for any kind of success.

Here are some of the standout Q&A’s from our chat – and be sure to check out the podcast episode for the full story.

“How the hell did you find that sample?”

At Yolanda Be Cool’s afternoon DJ sets, they noticed a smooth Italian jazz track was getting punters out of their seats. And it ended up being the foundation of their break out single.

“Our good friend Sammy, her dad had a CD called the best of France and best of Italian, and she gave that to us, and the original was perfect for pools, bars. There was a place in The Ivy called The Den that used to play it. Even the original sounds cool, it’s slow, it’s like 90 bpm. We used to play at Ivy Pool when it first opened, so at 3 pm, the original, people used to get up, even for the original. And then we showed Matt, like what do you think of this, this is magical,” said Andy.

They say “We No Speak Americano” was a nod towards Riva Starr’s track, “I Was Drunk”. On listen, you can definitely hear where the inspiration came from – it’s a groovy house beat over a vintage French jazz sample. Wanting to make their own edition, they linked up with fellow Sweat It Out recruit DCUP to make it happen.

“What was an unexpected low of the experience?”

Yolanda Be Cool are grateful for We No Speak Americano – it launched their career to where it is today. But on the flip side, they say that the expectations of the masses didn’t always align with who they were. For example, they were often put in front of crowds that expected them to play the commercial hits of the day – just like We No Speak Americano was.

“We didn’t even mean to set out to have a hit, so when we did, sometimes promoters expected us to be commercial DJs and we’re not really that commercial at all. Our passion is completely underground house music, we like to say we make accidental hits, or we like songs that are accidentally big. But quite often, we’d find ourselves in venues where maybe the crowd thought, “Well if they made a song that’s on the radio, then they must play songs on the radio”, whereas for the most part, we didn’t even listen to the radio.”

For a look at their tastes beyond “Americano”, have a listen to this Yolanda Be Cool set from Burning Man 2015.

“What do you think made We No Speak Americano go viral?”

We know we’re not gonna get to the bottom of what makes a track go viral, because it can’t be summarised into steps. As Matt told us, “If we knew, everyone would be doing it.”

But in popular music, there are always patterns – a few clear boxes that can be ticked.  So in this episode, we asked the boys to think about what they were for “Americano”. Here’s one for the road, and check out the full episode for more insights into what makes a viral track.

“If you can make little kids dance, it may not be the coolest track but its definitely – you’re making something with mass appeal. The amount of times that people say, “That’s my kids favourite song”, it’s not like we go into the studio and go we wanna make a song for a toddler. It must have mass appeal, or super catchy, or some type of earworms thing that crosses over that makes people from all ages like it.”

“The sample wasn’t cleared for ‘We No Speak Americano’. What happened?”

“I guess at the time, we were under a misapprehension, that if you look at Beatport, you’re like, “Wow, no one really cares about samples”. And we like to think we’ve learnt the hard way, but we were just like well it’s just a party song, it’s fun. It was also such an old song, it was from like 1956, so essentially it was like nearly at that point where you didn’t have to care anyway, but it wasn’t at that point, as we found out once it went to number one.”

That definitely wasn’t the case. Clearly in the wrong, they knew their label had to reach out to clear the sample. Although luckily there was no legal action, they had to hand over 100% of the publishing rights to Universal Recordings, and in turn, to Carosone. , whenever “Americano” is used in ads, TV, or movies. That’s a lot of potential royalties in the long run.

For example, in massive movie placements like this one in Dreamworks’ “Madagascar 3”, 50% of all total earnings immediately go to Carosone. The remainder is split between stakeholders like management, labels, and after it goes through all the stakeholders, there wouldn’t be much left for the Yolanda boys.

In the full episode, you’ll hear Matt and Andy get vulnerable about the lessons they learned. They even gave us an estimate of how much they make from major syncs. If you’re an artist wanting to learn more about copyright law and sampling, you can check out the resources from APRA AMCOS, Australia’s music rights organisation.

You stopped playing We No Speak Americano in your sets. What happened?

In 2012, Yolanda Be Cool were getting ready to launch their debut album, Ladies and Mentalmen. Only two years after its release, Matt and Andy accepted that Americano was no longer in their control. It had taken on a life of its own through the internet. They were proud and grateful for the success of the track, but they felt it was time to put it to rest.

“So at the time we saw all our favourite DJs were playing it, and then fast forward a couple of years, its a meme on cat videos. Once it got to that point we decided it needed to be retired from our DJ sets. And also our musical taste evolved and it kind of stuck out like a sore thumb, we thought let’s just retire it for a while.”

This year, Yolanda Be Cool is celebrating We No Speak Americano’s 10 year anniversary. Since its release, they’ve travelled the world, created plenty more hits, released two albums, and are still playing huge sets around Sydney and abroad. But beyond the cat memes and the bad dances, we hope this episode will help you remember “We No Speak Americano” and Yolanda Be Cool for what they really are – absolutely legendary. 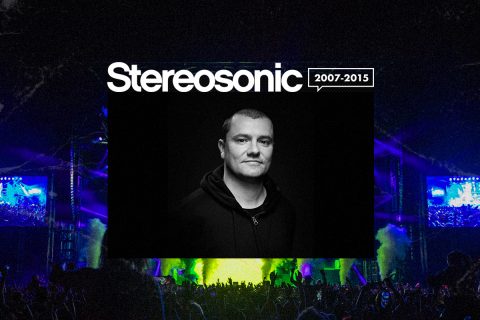 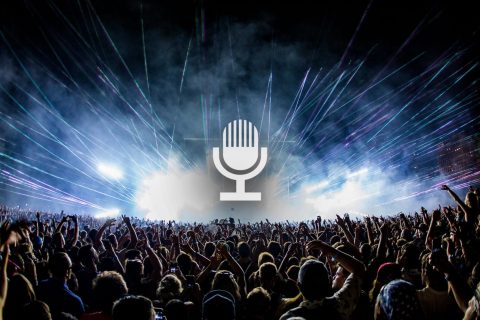 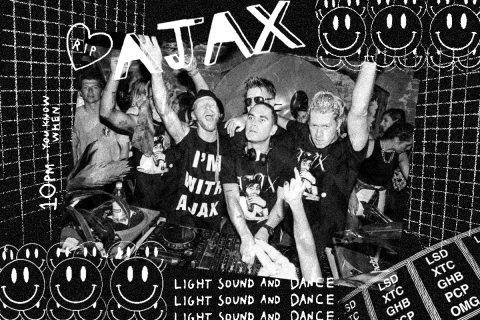