Editors notes: He doesn’t confirm the album is this year but indicates that there are new records coming out, which could be the singles that could be in the lead up to the new album. We’ve reached out to get confirmation.

In a recent interview with Apple Beats 1 radio before the GRAMMYs, Skrillex casually dropped some very big news we’re more than glad to hear. The head of OWSLA records has been spending a damn long time out of the spotlight, to put together his next album!

Speaking to Zane Lowe in an Uber on his way to the GRAMMYs, Skrillex explained the difference between how he used to make music in the past, to now.

On what he’s putting out, he explained how he’s hit a purple patch by quoting, ‘some of my records are a year old and they haven’t aged at all…’

So when can we expect new stuff to hit? He indicates at the moment he’s in the process of making some videos and building up content for what appears to be some singles from the album before the impending full body of work lift-off.

The process of making the new album is a far stretch from his early days where he literally made music on a busted computer where there was a carry case speaker that sound would only come out of the left side.

So what can we expect? If his latest release with Boys Noize and Ty Dolla Sign is anything to go by, a more pop-driven album, with elements of dubstep and electro. 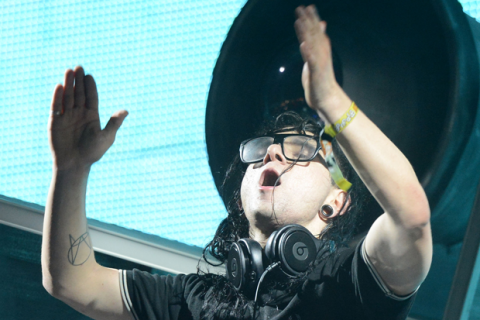