Uone has been slowly chugging along with a hypnotic techno and deep house sound that is uniquely his. The Melbourne artist has been slowly building his repertoire, with a slew of releases on labels like Stil Vor Talent, Sol Selectas and Katermukke as well as huge performances at events like Burning Man (that’s right, THE Burning Man) as well as a bunch of other global festivals.

His latest tune ‘Sands of Time ft. Sleeping Genie’ is an epic 8 minute journey that takes from deep house elements and adds an almost grunge vocal to create something that hits you in a way you’re not really expecting. The start almost has some progressive almost trance vibes and as it continues it drives through the low ends and with a mix of percussion and strings that isn’t super common in a dance track it cements you in place and forces you to listen, strapped in for the full ride.

The tune (also on Soundcloud) comes with his huge mix released this Friday as part of highly revered Balance Series that saw him blend an intense 2 part mix of purely his own original tracks. No small feat considering the effort took two and a half years to complete!

Check out a tease below with the epic 21-track Balance Series mix  set to drop on Friday. Those in Melbourne can head along to the launch party @ XE54 with supports from all your favourite locals. 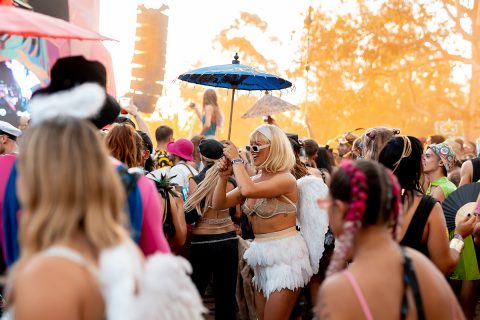