Perhaps one of the most refreshing live electronics acts going around, Canadian born duo Bob Moses have been killing it for some time now, and it has seen them play some massive stages around the world. Now with their feet firmly back on the ground, the boys have spent their time wisely, today releasing their third full length work.

Fans in Australia would have caught them at last years Laneway festival and they’ve just been announced as a part of the huge The First NYD and Lost Paradise lineup,  so you can understand why Bob Moses are one of our favourite internationals dance acts.

In an effort to understand more about the band and the release, one half of the group Jimmy gave Stoney Roads a bit of his time to answer some questions about the album, life on the road and some quirky details of recording such an impressive body of work… it’s almost like the last two albums never finished and rolled into this one.

Stoney Roads: With a few weeks until the album comes out what have you been up to, apart from dropping killer acoustic versions of your songs? What does down time for the Bob Moses boys look like?

BM: A few weeks still!? We both just want the record to be out already! Glad to hear you like the acoustic versions, it’s a lot of fun to do those. There’s really no time for “down time”. Between rehearsing, doing a summer club tour of Europe, shooting acoustic videos and doing interviews for Stoney Roads…it doesn’t leave much time for anything else. We love being busy and doing all this stuff though. If we did have any down time, we’d probably end up filling it with more music related activities.

SR: How has putting this one together been different to ‘Days Gone By’ and ‘All in all’? And what was behind the name ‘Battle Lines’?

BM: I think the main difference is we’ve gotten to travel the world several times over and be inspired by people and our experiences. ‘Days Gone By’ was written by two guys, in a windowless basement in Brooklyn, pouring our frustrations into music in an effort to connect with ourselves and other people. “Battle Lines” was written by two guys (with a lil help on one song), in a windowless basement in LA as a reaction to connecting with people and being inspired by the struggles we all share.

SR: It’s been a few years since the last album because I guess you guys have been a little busy touring the world. How was tour life?

BM: We seem to constantly be on the road and we love touring. There’s so many awesome places in this world! We have a traveling party of 9 people and we’re like one giant family. We are really lucky to all be so close. We laugh, cry, drink, party and play shows together…it’s really hard to not have fun! I’ve never understood people who get all grumpy when they tour, it’s a blast!

SR: Have you found being on the road have an influence on the way you guys go about making music? Do you ever write stuff while you’re on tour?

BM: Our experiences traveling world were definitely a main inspiration for this record. We actually wrote “Back Down” during a soundcheck at one of our gigs, can’t remember where, but we just started playing that riff and recorded it on an iPhone for later. Tom also started the song “Eye For An Eye” in a hotel room and the heavy rocking section for “Heaven Only Knows” was done on a plane from Melbourne to Sydney during Laneway Fest…probably inspired by watching ‘King Gizzard And The Lizard Wizard’ everyday for a week.

SR: I’ve gotta ask because they’re one of our favourites here – how did you end up getting in contact with the lads from Mansionair and getting them on the tour with you?

BM: Honestly, we hadn’t heard of them prior to looking for an opening act for the tour. Our manager sent us their music and we were like, these guys would fit great with our vibe! Haven’t met em yet, but very much look forward to meeting and touring with em. I hope they don’t mind a few pranks 😉

SR: You were down under early last year for Laneway Festival and have been previously supporting RUFUS, how are your memories of Australia and did you guys have a favorite spot?

BM: Australia is basically Canada with better weather, we feel very much at home there. Tom actually met his wife at “Lost Paradise” festival a few years back. There are so many great bands coming out of Australia and tons of great festivals at the moment. Laneway was one of the most fun things we’ve done as a band. We made friends with a bunch of Australian bands on that tour and picked up some great slang. I personally really like Melbourne. I ended up at some bar one night with maybe 50 people and these two older gentlemen in trench coats were making synthesizers distort and do crazy things for an hour…it was awesome! I felt like I had fell down some secret Melbourne synthesizer rabbit hole.

SR: Your music is quite unique, a mix between electronic production and organic/alternative rock stuff. Can we expect similar stuff on ‘Battle Lines’ or maybe a new direction?

BM: We always explain our music as “If you’ve got rock n roll and techno, then we’re somewhere in the middle”. I think the album sounds like Bob Moses, you naturally gravitate towards certain sounds and make certain choices that are inherently who you are as a person. We just try to make stuff we like and that gives a good feeling while writing it. I think you can hear a lot of our influences on this record. We also really tried to push ourselves as song writers on this album. We’re both super proud of the end result and can’t wait to get it out there.

SR: I can imagine a lot goes into a Bob Moses live show and you guys have got a string of dates coming up once the album drops. Is it tough going from the recording studio to then working out how to perform them live?

BM: It’s definitely tough. There are so many parts to our songs we have to really pick and choose which ones are the most impactful to play and also most true to the record. We’ve added a bass player to the lineup and are touring as a four piece for this album cycle. We’ve been rehearsing the last couple months and it’s so great to be able to play the stuff as a full band. A lot of people think our music is quite “chill” until they see it live. The secret recipe to our live energy is in the low end of our music, so it only makes sense to have a person rocking that our for us!

SR: Finally, when can we expect to see you guys back in AUS?

BM: We actually just confirmed a little New Years Eve tour. Going to be doing three shows with the band. Really looking forward to coming back!

So there you have it, ‘Battle Lines’ is out world-wide today via Domino. Dive into the album below and head to their Facebook, Twitter and Instagram to sing them some praises; 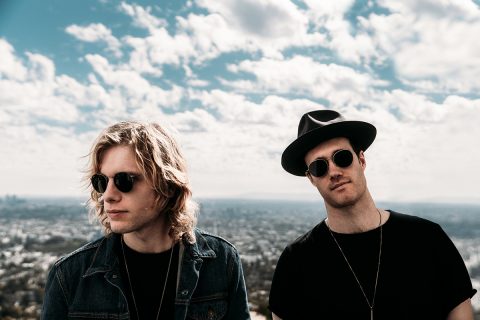 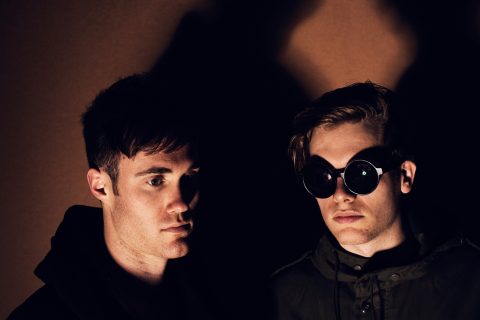 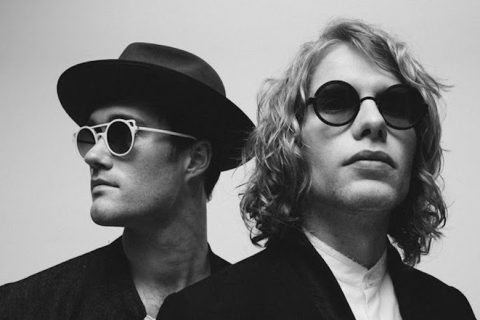