Review: The Glitch Mob switch things up on ‘See Without Eyes’

Prominent Los Angeles based electronic music group The Glitch Mob (TGM) return with their latest record ‘See Without Eyes’, a comprehensive offering of EDM, glitch-beats and drum & bass. The Mob’s latest instalment, released on the 4th May via Glass Air Records, is the trio’s first offering in over 4 years and has the LA beats scene that they call home, licking their lips.

In a conversation leading up to the release of their third full-length studio record, the powerhouse trio, consisting of EdIT (Edward Ma), Boreta (Justin Boreta) and Ooah ( Josh Mayer), suggested that “for us, music is more about the process than the final piece of work”.

TGM’s debut LP, ‘Drink The Sea’ announced the group as a formidable electronic trio while their sophomore release, ‘Love Death Immortality’ began to add more complex story-lines and heavily layered soundscapes to their arsenal. ‘See Without Eyes’ adds yet another string to the bow of The Mob’s distinct, multifaceted sound, spanning 11 tracks and 49 minutes.

“See Without Eyes has elements of our first two albums, but explores new territory,” says Boreta. “We aimed to have it be a full body listening [experience] as well as have impact live. The album is a piece of us combined with all of the lives of the people who have brought it to life. We hope people connect with the music and feel something their own way, like the comfort looking at the stars.”

The Album’s lead, ‘Enter Formless’ immediately captures The Mob’s connection between their experimental and evolving sound. Featuring vocals from Sacramento based electro-pop group, Rituals of Mine, the track is glitchy with a set of stabbing synths. This transitions superbly into ‘Take Me with You’, which is a more easily dance-able joint with less sonic wobbles and features crisp and forward production. Arguably the strongest joint on this record is ‘I Could Be Anything’, featuring the seductive, late night vocals of Elohim. Its percussive beat is far less abrasive than the tracks preceding it whilst still exploring new sonic territories.

Across the first 6 tracks the album evolves through EDM, IDM and more grandiose sounds. However, the introduction of ‘Interbeing’, signifies a change in direction, a metamorphosis of sorts, where the album shifts towards broken-beats and even elctrogaze sounds and largely away from EDM. The second standza, although still packing a punch, is far more pensive than the former. Its highlight appears in the form of ‘How Do I Get to Invincible’ which drifts into RnB territory with a salacious vocal performance from Ambré – reminiscent of a recent SZA production.

Notably, ‘See Without Eyes’ features a ground-breaking visual component designed by David Wexler aka Strangeloop, who has worked with the likes of Pharrell, Flying Lotus and Kendrick Lamar. All of the 11 tracks have accompanying music videos which link together to paint a broader picture of the album.

The Glitch Mob’s latest instalment is certainly an evolutionary step forward, without forgetting the trio’s industrial, DIY mentality. This paradox oozes throughout the track-list which is packed with familiar synthesised beats and forward thinking production. ‘See Without Eyes’ is not only a collection of moments from the last 4 years, but is an expression of where The Glitch Mob wish to be in the future, an exciting prospect for their fans.

Check out TGM’s ‘See Without Eyes’ in full below: 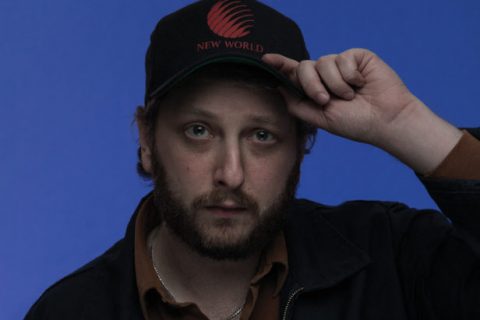