It goes without saying that Melbourne singer/songwriter/model Woodes, aka Elle Graham, is swiftly becoming one of the most talked about artists in Australia.

Her eclectic, soul-driven music delivers something that is quite unlike anything else coming out of Melbourne – let alone Australia – right now, and her debut, self-titled EP is proof of just that.

With performances at SXSW coming up this month, we decided to catch up with Woodes to learn more about what musical influences, and discover which artists helped forge her unique sound:

When I was in grade 8 I was obsessed with The O.C. I grew up in Townsville and really got my indie music fix off of that show. In a regional area it was cool for us to have a ‘radio show’ in a way, that gave us all new influences. I’ve met a lot of music artists such as Mallrat & Alex Lahey that cite The O.C as being huge for them too. I remember scenes because I remember songs. It’s so intwined in that show. I actually wrote a seminar on it in my final year of university. My dream would to one day work in Music Supervision. Or collaborate in someway on a feature film as a composer.

I remember the season 2 finale so vividly, hearing ‘Hide & Seek’ for the first time. It was a time where you couldn’t rewatch the show over and over… you had to wait for it to come out on DVD, which is kinda strange considering it doesn’t feel that long ago. I downloaded Hide & Seek onto windows media player and sat in my dads office on dial up internet, looping it. That was the first time I heard a song that i was curious to figure out why it sounded the way it did. It wasn’t just the songwriting that drew me in, it was the voice manipulation. I was a singer and i was starting to write my own stuff. I think what was so interesting about it, the more i researched, was that Imogen Heap was a ‘producer’ it was the introduction to that term for me. It felt very far removed from where I was personally at, as it felt very technical and unknown, but since that moment Imogen’s been one of my greatest role models in pursuing this career.

Sufjan was the first concert I flew to Brisbane to see when I just turned 18. It was for his Age of Adz tour, I remember the whole trip costing me probably as much as a festival ticket in the end, but we had such a great weekend pretending to be adults. After the show my mind was bursting with fresh inspiration and I held my first vinyl in my arms.

Sufjan is in a world of his own for me. His use of melody and harmony inspires me so much. So many of my personal milestones have been accompanied by his music. Some albums remind me of camping trips in the rainforest, others remind me of fires on the beach. His Christmas albums are on every single year in our house. There’s one song on Age of Adz that goes for 18 minutes and was the perfect length for driving from my house in Townsville to Alligator Creek. It’s this progressive track with so much experimentation. I love that his discography has so many little chapters of entirely different creation/techniques. It’s fearless and vulnerable. The day I got the files for his latest record, ‘Carrie & Lowell’ I went straight to an empty beach at Phillip Island, lay on my back and shut my eyes with my headphones on, phone flat on my chest. I remember hearing ‘Fourth of July’ for the first time and the intro of the track was intertwined with the sound of waves and i had to keep restarting it to make sure it was real.

I’m finding with the release I’m currently working on I’m really inspired by Sufjan’s arrangements. Especially the woodwinds. I’m writing a lot of Steve reich vibraphone/woodwind arrangements that I’m really proud of. I think, whilst I love electronic production, there’s something so pure and simple about orchestral instruments and communal singing which i want to be a part of my creations moving forward.

I remember my housemate linking me ‘Limit to your love’ around 2011 for the first time and upon first listen it opened up electronic music for me. I’d been making kind of ‘pretty’ music, I suppose. At that point Electronic music was a hazy giant that encompassed dance music and pop. Where as this was my first insight into haunting, melancholy electronic music. I loved how James’ vocals carried it so beautifully, yet his music had such jarring moments. The controlled use of reverb. I’m finding that with Sampha’s latest record too – the voice is this big linking element and the production can get away with anything.

Around the time I started listening to James Blake I was listening to a lot of Bon Iver, too, having just come out of a huge Fleet Foxes chapter… I like how Justin Vernon & James Blake tell quite personal stories in an abstract way. The production can push an emotion through repetition. You don’t even need to know what they’re singing – only that it comes from a real, emotive place. It feels like it’s evolving even if there’s no new vocal content, too.

Through going back through James’ early EPs, it lead me to artists like Jon Hopkins, Fourtet, Burial, Bonobo, Boards of Canada. Simultaneous to all of this, my friendship circle began to shift and we were all doing heaps of hard drive/music swaps among friends.

Sigur Ros would have to be my favourite band. Valtari is my number one sleep album (Now paired with Max Reicher’s ‘Sleep’) I find Sigur Ros’ sound design and arrangements to be like no other. To me it’s very cinematic and unique. I have no idea what is being said, however, the emotion is so potent. I’ve only seen them once, at Harvest Festival. It was so sweet to see a versatile choir/string ensemble as well as vibraphones & bowed guitar on stage. Jonsi didn’t end up saying anything in between the songs.. it was just this sweeping sound collage for an hour and then it was gone. The people around me in the crowd swayed and smiled. Everyone gave each other enough space to move and apologised if they were in front of someone else. It was a really nice audience to be a part of. I’ve seen so many little videos of them online. One of my favourites is when they make a marimba out of stones and play it communally. I hope to make it over to Iceland soon.

There’s this ">interview of Grimes that changed my perceptions and goals greatly.
I’ve been thinking a lot about role models, and to me, regardless of what Grimes creates – she stands for something really strong and important.

When I was looking for someone to aspire to, and for ideas on how to make a career out of music, I found that Grimes was just the hero I needed.

Also would like to note, my biggest, constant musical influences are within my friendship group – we push one each other heaps, which is in some ways a lot more personal that watching youtube of heroes..

Elkkle, Mindtree, Golden Vessel, LANKS & Nearly Oratorio are some of the biggest influences on what I’m creating.

Woodes is bound for Austen this month for SXSW. You can watch her recent music video for Bonfire right here and stream her self-titled EP below. Expect big things from her in 2017! 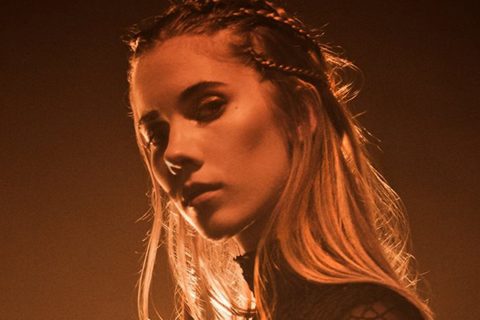 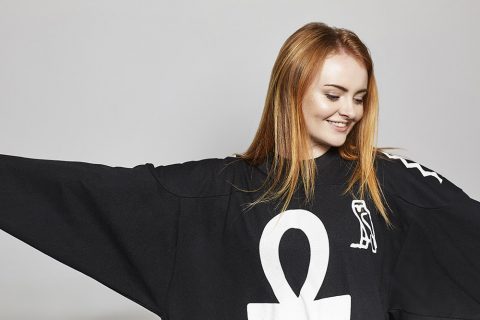 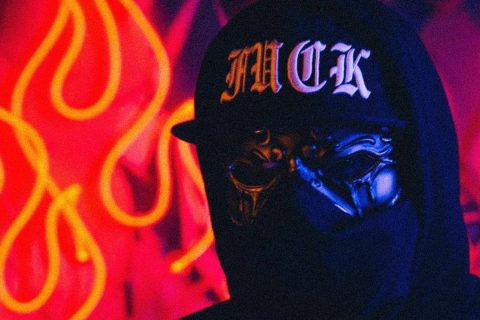 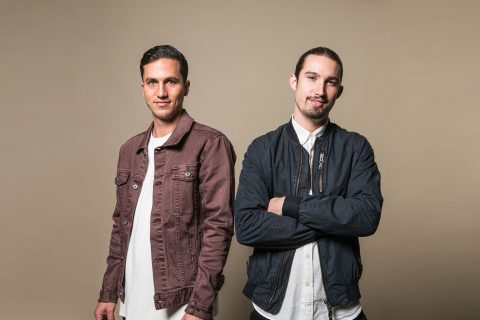 Set Mo team up with Woodes on ‘I Belong Here’