He is one of the ambassadors of the recent lo-fi house resurgence – with stellar releases such as ‘Winona’ and ‘Sunday Avenue‘ as part of his stacked catalogue of tracks – and as of right now DJ Boring is nursing a jet-lag hangover while prepping for the second show on his Australian tour this weekend.

Having kicked off the tour last weekend in Melbourne, the Aussie-born, London-based producer found some time to chew the fat with us about all things music, life, YouTube and future aspirations.

Stoney Roads: Mate we’re well and truly glad to have you heading home back to Oz for some overdue shows. What sparked your move over to London in the first place?

DJ Boring: Hey Stoney, It feels good to be back. I moved over to London for a change of scenery, you know that ‘really find myself’ sort of thing.

SR: It seems like Youtube is becoming a hotspot for track premieres these days. With ‘Winona’ now hitting more than 1.2 million views, channels like Slav, OOUKFunkyOO and Houseum amongst others are posting tune after tune of awesome music. How did Slav end up debuting Winona?

DJ B: I’m not sure how he stumbled upon my SoundCloud. Within a day of uploading the track, he had uploaded it to his channel without my permission. But he did message me saying he would take it down if I wanted him to do so, at the end of the day I’m glad he did it as this would not have happened otherwise.

SR: We’ve read your a big Florian Kupfer fan (SAD Edit A1 is the shit). He recently posted a link to his track ‘Feelin’ and said, ‘Remember when this was special and now its all Lo-Fi’. Do you think theres been a bit of over saturation of the sound or do you think good music is good music and its all part of the sound ?

DJ B: In all fairness, ‘Lo-fi’ isn’t a new sound, it’s been around for years. It became popular again recently. But in saying that, most genres of music have had a resurgence many years down the track.. and Lo fi is no different. If people are dancing to my music, then the stigma that’s associated with it does not bother me.

SR: So you’ve released on one of DJ Haus’s sub-labels E-Beamz, which absolutely went gang-busters on Red Eye and other online record stores, what’s planned for 2017 release wise?

DJ B: The guys at E-beamz are pretty great, I have a solo EP coming out with them very soon. Plus a few more EPs to be released later on in the year, and some remixes that I am stoked about.

SR: You recently played a show for the Shall Not Fade first birthday sharing the bill with LK, Mall Grab, Contours and KGW. Can we expect a sneaky release through them ?

DJ B: That was a really fun show! One of my releases this year is on the sister label “Lost Palms” a three track EP with a remix from a pal of mine, can’t wait to announce the release!

SR: Your use of vocal samples is unreal, taking an old Winona Ryder interview and giving it new life, but you’ve done it before with your John Waters track taking his pre-movie lung buster spiel and turning it into a tune and a half. How do you go about finding your samples?

DJ B: I spend a lot of time watching films and random stuff on YouTube. With Winona, (I’m probably sure everyone went through it as well) after watching stranger things, I was obsessed! I started to watch heaps of videos about Winona Ryder. Listening to her talk in that interview that I sampled brought me back to my childhood, being bullied throughout my entire school life. So that song is really emotional and means a lot of me.

SR: Having just announced an absolutely jam packed world tour, it must feel pretty surreal to be playing clubs like XOYO in London and Razzamatazz in Barcelona?

DJ B: I am absolutely stoked, I didn’t expect any of this to happen. It still feels like a dream, but I am so thankful for all the opportunities that I have received.

SR: You’ve got three shows lined up for the Australian leg of the tour with dates in Sydney, Melbourne and Perth with supports from the Human Movement legends, Sonderr, Fergus Sweetland, Pelvis and more. What can people expect?

SR: We’ve heard you don’t mind a sneaky record dig every now and then. What’s three records that never leave your bag?

You can catch DJ Boring on the wheels of steel this Saturday night at Midnight Shift in Sydney, followed by a stop-over in Perth at The Bird on the 8th.

Check his full tour schedule below, and head to his Facebook for more updates on the life of a not-so-boring individual. 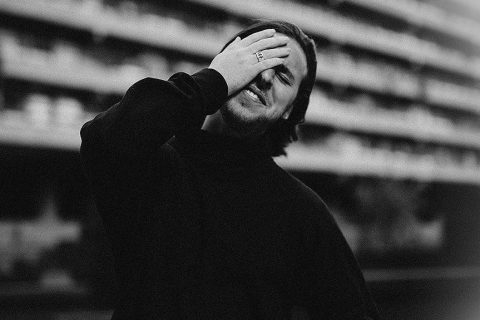 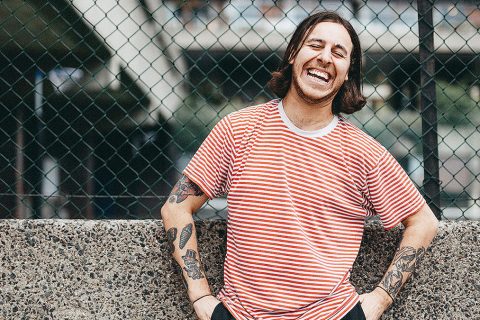