Interview: Valentino Khan Preps For His Deep Down Under Tour

LA based producer and OSWLA hitman Valentino Khan is no stranger to genre bending in his sets and in his monstrous productions. Valentino Khan has been on the circuit for some time, having been taken under the wing of dubstep demigod Skrillex. Over the past few years Valentino has released dirty festival thumpers, dabbling in Trap, Hip Hop and House, as well as lending his production talents to the likes of T.I, 2 Chainz, B.o.B, Iggy Azalea and Bruno Mars on a bunch of hit records. His most recent release ‘Deep Down Low’ is undoubtedly one of the heaviest tracks going around at the moment which has knocked over some exciting milestones, having been the most played track at Ultra Music Festival, rocking the Beatport Top 10 charts as well as receiving support from various artists ranging from Tchami to Axwell ^ Ingrosso.

Valentino Khan is heading to Australia and New Zealand next week for a run of shows on his ‘Deep Down Under Tour’. We caught up with him to chat about his records, working with the OSWLA family and the future of electronic music.

Looking at your discography, you have worked with so many big name artists. Which artist do you find is always a pleasure to work with?
It’s hard to pick just one. It was really smooth working with GTA for one. We made the meat of our collab on tour with Skrillex on a small portable bluetooth speaker in the green room then finished it up in LA. Bro Safari is one of my favorite guys to work with too — the remix we did for M.I.A. came together in only a matter of a couple days. And working with Diplo and Flosstradamus is always great because those guys are great at finishing tracks and making them into complete songs.

You also spent some time writing tracks for artists like B.o.B, Iggy Azalea, Bruno Mars, T.I and 2 Chainz. How does that production vary from your own?

I would say it’s probably a little more melodic and a little more spacious. I think you have to find different ways to push boundaries when producing for these kinds of artists while giving their voice room to breathe on the track. So often times it may be a little simpler than a dance music track in terms of lacking crazy sound design, but I can make up for that with a good sense of musicality.

Do you approach your tracks differently to when you are writing for another artist?
It’s a bit different because going into it you know you have to leave room for a vocalist. So the puzzle is always how to make the beat stand out while allowing the artist to shine. Not to say that there isn’t artistry involved when I’m producing for someone else, but I’m not the artist in that situation. It’s my job to provide a great bed of music that maximizes their abilities and suits the intention of the song.

You are heading down under this month, what can fans expect to hear from you?
I’m glad to be back Down Under. I think people can expect a ton of new sounds this time that I wasn’t playing last time. This is going to be a really exciting year I think in terms of young producers making really weird but cool shit. And I’m finding more and more of these guys and throwing their tracks into my sets. In addition to that I’m always testing out my latest tracks so people can listen into some rarer unreleased material.

Deep Down Low has been dominating the festival circuit and was one of the most played tracks at Ultra Music Festival. Did you expect that much support for the track, especially amongst ‘future’ house artists?

I definitely am pleasantly surprised at how big of a song it has been throughout festivals since I released it on OWSLA.  I thought DJ friends in my circle might like it and play it out.  I’d given it early to guys like Skrill, Diplo, DJ Snake, Zeds Dead & Porter Robinson (among other) and was stoked that they all were supporting the record.  However, I didn’t expect guys like Axwell /\ Ingrosso, Afrojack, Avicii, Alesso and Martin Garrix to play the record out.  I think that’s what took me most by surprise.  It’s kind of crossed over into this other world of dance music and I think that’s a really cool thing.

With dance music constantly evolving, where do you think dance music will be in the next 5 years?

The short answer: I have no idea.  This genre of music changes faster than any other that I’ve seen.  I think the key is keeping things fresh as an artist, exploring new sounds and pushing boundaries.  The guys who are able to stay versatile in this game are ultimate the the ones that are going to stick around.  The ability to reinvent yourself is a huge plus in dance music.

You work very closely under the OWSLA imprint, tell us what it is about them that makes their label so special?

I really dig being on OWSLA because they’re always forward thinking and truly believe in me as an artist.  I appreciate that they give me the freedom to work with whoever I want and do whatever I want.  It’s cool being on a shapeless, formless label since it doesn’t pigeonhole me into just releasing one style of music.  I was talking to someone the other day who put it nicely and said that OWSLA doesn’t have a sound but it has a vibe about it.  Maybe listeners can’t exactly put that into words but I do think everyone understands the label’s vision and gets it.

What advice can you give to producers trying to catch their big break?

I would tell them to work hard and constantly look for ways to get better and be original.  Ultimately I think it’s the guys that are fearless and giving their audience fresh sounds that are going to have long careers.  I still do think that giving your music to other DJs is a great way as well.  I can tell you a lot of people found out about me through guys like Diplo, Dillon Francis & Bro Safari supporting my music at the very early stages of my career.  So if your track makes people curious to find out the artist behind it, chances are they will.

You have a unique sound and a knack for quality production, but it is difficult to pinpoint a certain genre towards your music. How do you describe your own music?

I would describe it as versatile.  To be honest, I do think if I stuck to doing the same thing over and over it wouldn’t be fun for me or for you guys.  I probably would get very bored, very fast.  So my goal is to just make great music.  I don’t want to be locked in with a particular style of music at the moment.  I think you’re seeing more producers like that.  I think the GTA guys have been at the forefront of that movement for a bit now too.  It’s about giving the audience a fine 5-course meal rather than dessert 5 times in a sitting.  After a while, they might get sick of it.

VALENTINO KHAN – DEEP DOWN UNDER TOUR 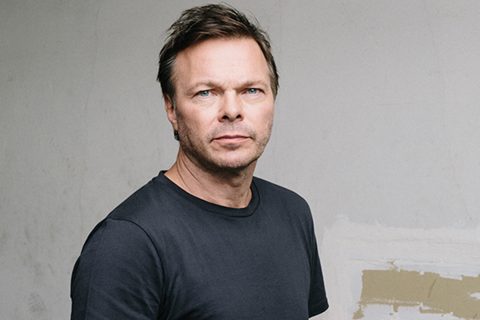