At a hotel somewhere in the world an alarm clock goes off, emails are checked, promos are checked, demos are checked and after breakfast it’s time to hop on the plane. After working on ID’s and keeping the sets fresh, it’s time to hop off the plane, grab dinner, head to the club and start all over again. It’s a familiar story we’ve all heard, you may know someone that lives it, you may have even tasted it yourself. The harsh truth is this isn’t all it takes anymore, frequent flyer miles aren’t transferable into admiration.

It’s anyone’s call as to who the day could belong to, be it a mid-level crate slinger, Beatport chart-frequenting or even part-time DJ. However, this day is that of Dutch producer Robbert van de Corput, aka Hardwell. You may know him as current holder of DJ Mag’s number one spot after his viral sets, big tracks and hard-working reputation spread swiftly throughout the global dance scene after sprouting in the Netherlands.

Just like when you send out your minimal techno mixtape, only eight years ago he too was getting blown off by promoters in Holland because his tracks were “too underground.” With a tempered passion for his own sound despite trends or cash, his talent and dance music ethos brought him the well-deserved global spotlight in 2013.

He prefers to refer to it as simply ‘dance music’ instead of the more generic ‘EDM’ and his only pre-set ritual is Jager shots. We all share the same excruciating feeling of throwing back unwanted liquid while giving yourself an internal ‘#fuckit.’ As a producer who has spent over a decade meticulously building and evolving his sound he’s currently on his ‘I Am Hardwell’ tour featuring a more intimate experience of his musical roots and how he came to be where he is today. Although he smashes the biggest stadiums around the world, Robbert is just like you.

Looking to catch gigs as a hip-hop DJ at 16, all the while struggling to find his sound, young Rob faced the same obstacles as any underground act today. If you are currently trying to book yourself as a teenage hardstyle DJ at a violinist’s wedding, you are facing similar obstacles the young Hardwell did within the Dutch music scene 10 years ago.  One of the major crossroads he faced early on was the popularity of the Dirty Dutch sound in Holland at the time.

“The sound people know me for now, I made it when I was 17 or 18, and a lot of promoters in Holland cancelled my gigs because it was too underground and because I didn’t play mainstream songs and whatever.”

Kicking off Revealed Recordings at only 22 years old, he created his own freedom from the scourge of major label vultures, who all too often forget that cash and contract control are rarely relevant to pushing out solid tracks.

The self-made imprint is a refreshing contrast to the presumption that a successful producer can only thrive through major labels. Since Revealed was founded, Hardwell is not the only one who has benefited from the plethora of opportunity—he’s scouted out talent and built a roster including the likes of W&W, Jordy Dazz and Paris & Simo.

In true Hardwell fashion, the 26-year-old producer is fully immersed in almost every aspect of his label from start to finish:

“I always A&R my own sound and never had like a big A&R above that told me how a record should sound and which vocalist I should work with…I always work on the artwork myself as well, being able to do the whole creative process, it’s beginning to its release, even with the video and the way you market the song.”

The label itself has forged new pathways within his music by creating the opportunity to work with fresh up-and-comers while absorbing collaborative influence.

“I think Revealed Recordings really helped me develop my own sound working with those new artists as well as upcoming talent, it’s really inspiring for me as well,” he said.

This year’s compilation of Hardwell Revealed Volume 5 topped the iTunes dance charts in 30 countries in less than 24 hours. Interestingly, the Revealed albums are only released once a year due to the nature of the label.

“One of the main reasons we do the CD compilation is because my label is focusing on DJ music, like proper festival DJ music,” he said, explaining, “our tracks are made for other DJs, not for radio and not for crossover.”

As far as scoping for potential, he looks for characteristics in artists similar to his own, such as label mates Dannic and Dyro. The label’s expectations for potential are grounded in an emphasis on the importance of character being equally as relevant as sound. A single tune won’t get you on this leading team, prove your passion to make the cut.

“When people are really eager and when they’re driven I think that’s the most important thing now because you know, it’s all about the music.”

As the dance community whirlwinds into the future, aspirations for fame are already starting to water down potential. Since hammering on the piano at age four to DJing at age 12, Hardwell has always focused on making music for the sake of music, with passion as his driving force, not money. Regardless of your genre tastes, anyone can get down with a producer who sticks with his guns. When fame cashes its check in the eyes of young producers, the inspirational outcomes epitomize much of the scrutiny facing the industry today.

“If you are in the business as a DJ to make a lot of money and become famous you will go down, definitely, because you can’t fake it. You know a lot of people say you fake it then you make it; that’s not happening,” he said. “I never saw somebody who was doing that and actually succeeded.”

The South Florida ravers caught on quick to Hardwell’s solid style behind the decks. While rocking Ultra last year his viral set helped to put him in the spotlight both as DJ and producer. At that point he was one of the only DJs playing tracks at around three minutes while mixing in refreshing mash-ups and devoting half the set to teasing new tracks. The epic energy-filled set that fueled the crowd and viewers worldwide presented a style that is now heard much more frequently than it was a year ago. This classic concept of DJing faired well against the showman who forgot to mix.

“50% of a DJ set should entertain the crowd and 50% should educate the crowd with new music and that was the concept I always had in mind and that’s the concept that worked out perfectly,” he said.

With Hardwell being no exception, both artists and fans alike are for, against or don’t really care about how the term ‘EDM’ is affecting the image and culture of dance music. When he called out the term ‘EDM’ as a ‘dirty word’ he received every possible response you could think of. To clear the air, he explained the statement with a Dutch straightforwardness and collective acknowledgement of the current realities regarding the term, which doesn’t even exist in Holland. Beware, if you are headed to the Netherlands in search of an ‘EDM’ artist or event, you will end up empty handed and/or your bro’s head might explode.

“What I want to say, what I meant by a dirty word, the generic big room sound now, that’s not ‘EDM’, ‘EDM’ is deep house, ‘EDM’ is trance music, its electronic dance music. Every song is ‘EDM’ and people think ‘EDM’ right now is all the neon colors, the raves, the drugs,” he said, adding that, “I just think the reason I hate on the term ‘EDM’ is because I’m from overseas. I’m from Holland and we have dance music, and that’s it, it’s just dance music, house music, whatever you want to call it.”

While you push out tracks from the comfort of your home, Robbert the Hardwell is currently putting together fresh tracks via plane seats and hotel rooms. The young producer is presently working on an artist album that will be anything but “just big room epic anthem music.” The album is set to be extremely diverse and will include a variety of new sounds as well as some “super underground tracks.” We don’t expect something as deep as Innervision, but predict something different than the same old chart sound. His drive behind the album is to have fun and show his unique side to the world as a producer who started making music at a time before Ableton existed and Y2K was an actual concern.

“I’m just having so much fun right now in the process of making the album that yeah, every single song is like a different song and almost like a different genre,” he said, adding that, “I don’t want to name any genres because I always try to think out of the box and good music is good music.”

We are the first to admit that the age of genres is dead. When seeking surprises from known names like Hardwell, it’s up to them on whether to continue the drive of dance taking over pop. For a producer whose sound had been part of the European underground for years, being voted to the number one was a huge achievement, but only a small part of what makes Hardwell a standout artist.

“If I’m number one or 60 this year for example I will still enjoy it you know because I’m in it for the music I’m not in it for being the number one,” he said.

Hardwell is the prime product of music trends working just right. Someone who was once criticized for a sound that wasn’t mainstream enough is now the influence and hype behind today’s reigning reverberation in dance music after the masses emulated his style. Don’t expect Hardwell to change his sound because some blog or chart says so. When today’s underground becomes the next big thing, which is bound to happen again at some point in the foreseeable future, what will your story be?

Grab your ‘I Am Hardwell’ tickets for Australia here and North America here.

Hardwell Revealed Volume 5 Compilation is also available from our friends at Beatport here. 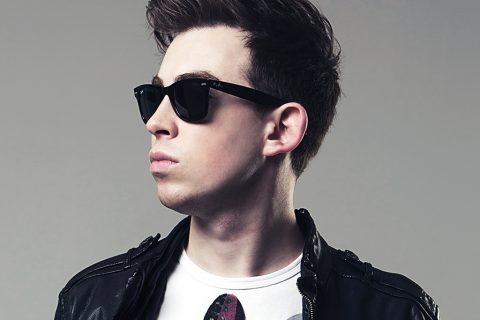