Laneway 2014 Set Times Have Been Announced

Set times have been announced for the national Laneway festival with an unsurprising clash that comes with booking so many highly anticipated acts! The festivals diverse lineup of genres is a tastemakers dream making the pick between say Mount Kimbie vs Danny Brown in Sydney that much harder.

The Jezebels return home has worked in their favour with the indie troup headlining all five stops around Australia as well as Haim and Lorde also scoring the same times. For the rest of us we’ll be hanging out for Jamie xx, Four Tet, Cashmere Cat, xxyyxx and Danny Brown, all mostly on the Future Classic curated stage.

Laneway kicks off January 31st in Brisbane at the RNA in Fortitude Valley with tickets still on-sale. Those hoping to head along to Melbourne or Sydney are out of luck with both stops SOLD OUT. 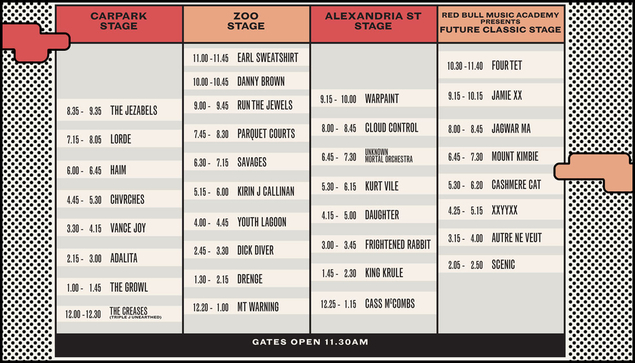 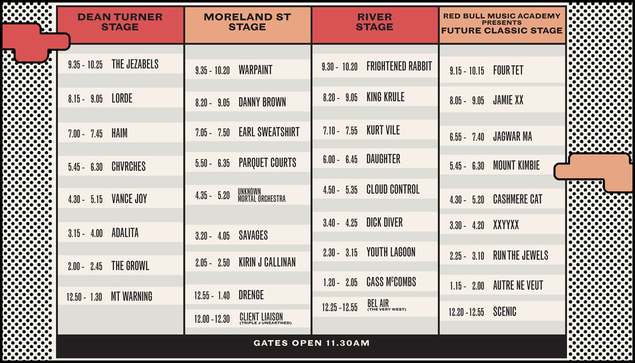 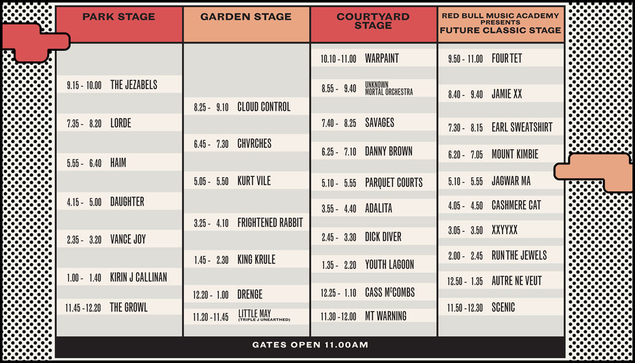 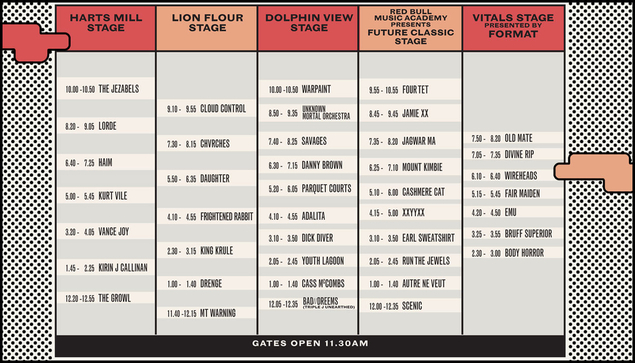 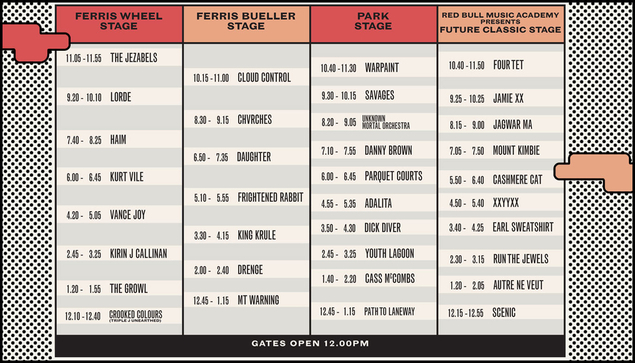 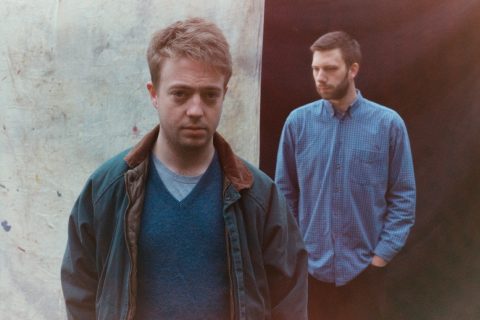