James Murphy of DFA/LCD Soundsystem fame has had an incredible year. The normally enigmatic icon now happily sitting on the industry sidelines and working on projects as he chooses has released his first remix in five years with David Bowie, unveiled Despacio, the 50,000 watt soundsystem with Soulwax, produced a stack of the new Arcade Fire record as well as doing songs with Yeah Yeah Yeahs, Pulp and Kathleen Hannah….but wait, there’s more!

Catching up with Rolling Stone, Murphy teased the long gestating Live Album from LCD Soundsystem’s Madison Square Garden farewell in 2011 which audiences saw in the documentary film ‘Shut Up And Play The Hits.’ Instead of releasing the digital mix from the film which had been adjusted for theatre audiences Murphy opted for his signature analog to tape process,  which we’re sure will nothing but benefit the release. Taking the blame personally for the delay Murphy explains –

It was weird. It was like the concert happened, and then I spent the next year and a half fucking with it. I was like, “I’m done! Ah, shit. I gotta go deal with the fucking movie.” I had to do Shut Up and Play the Hits, and dealing with the live footage, and mixing all the sound for the live footage, and then I had to do the whole four-hour concert and edit all that footage and mix everything. It was great, but also, like, shitting hell. It really just refused to die. I guess somebody else would just have someone else deal with the movie, but I’m an idiot and wanted to mix all that audio. I thought it was going to come out in March, but now I don’t think it’s going to make it for this year. It’s probably going to be beginning of next year. It’s infuriating.’

When asked about the chances of working on and releasing original material the reluctant disco king shared that he’s building a new recording studio, a space for him to ‘work on things’ like edits, mixes and remixes but this will soon lead to original music but he stresses….don’t hold your breath.

Well, the studio won’t be done until at least June, so it’s gonna be a minute. And I’ve also got projects that I’m working on through this spring – a couple film things, and I’m trying to do the subway turnstile thing, which is a really big project. 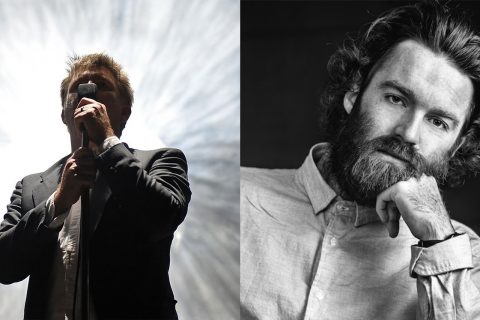 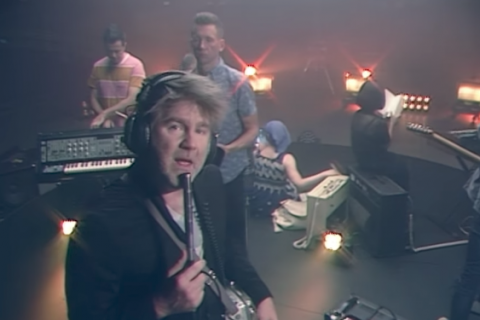 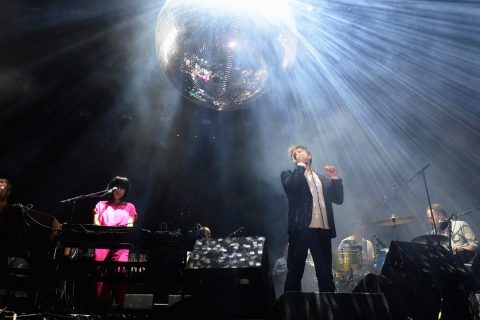