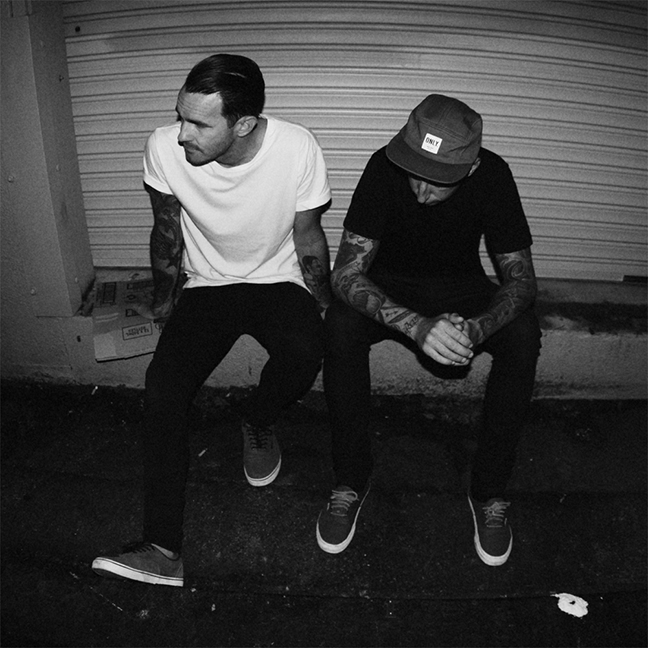 We’ve been covering Gold Coast party duo Surecut Kids in the lead up to their debut album release with their earlier double a-side single releases “Show You What I’ve Got / Tangle’’ and “Hooligan / Toke Dat feat. Kitch”. Tomorrow marks the official release of Surecut Kids’ debut album ‘WERK’ and we’re happy to offer out this exclusive stream of the full album.

Comprised of Benjo and Paces, the boys’ unique brand of bass-driven party music has previously seen them release on Klub Kids Records. They’ve have taken matters into their own hands to put out this self-released debut LP.

Influences for this album range from Trap, Hip Hop, Twerk, Moombahton, Dancehall, and Reggae, and ties them all together with the distinct Surecut sound.

Equal parts ‘banger’ and ‘head nodder’, ‘WERK’ is essential listening for any bass music lover. According to the boys, it’s ‘like pouring natural yogurt in both ears!’

To celebrate this album release, Surecut Kids have also given us their insight into their top 10 summer vibe tracks to keep you going through these warmer months.

1- What So Not – High You Are (Branchez remix): The vibes are through the roof on this one. I challenge any crowd not to dance to this tune!

2 – Rattraps – U4EA (PALACE remix): Two of our homies, Rattraps and PALACE, combine to bring you an instant classic summer jam!

5 – Grandtheft – Give Me More: I love tracks like this. Full of melody but with enough balls to have even the most uptight crowd doing the air-

6 – Sampology & Dj Butcher – Dancehall Queen: Such a fun track from the two of the most talented dudes in Brisbane

8 – Wave Racer – Rock U Tonight: So good!! Summery vibes run deep on this for me. I wanna be at a pool party with a long island ice tea when i hear it

9 – Surecut Kids – Hooligan: I had to put one in right?? Reggae sample = Summer haha

10 – King Krule – 6 Feet Beneath the Moon: Chilling with mates, drinking a beer in the sun and listening to the whole album start to finish sounds fucking amazing to me.