Has Skrillex outgrown His Own label? OWSLA to Tour Next Month

Team Skillex is hitting the road at the end of this year with 22 dates throughout North America. Skirllex’s label OWSLA has hit the electro world by releasing some of the hottest producers in the genre. These guys are really doing new things and people love it.

Led by wonderboy Sonny Moore this squad took over almost every US festival this Summer and then some. With interesting events such as the Full Flex Express train tour, OWSLA Miami Pool Party, Tommorowland, and With Your Friends Festival in Nashville this guy is all over the board. As label boss, you would think he would hit the road for the crew for the three weeks around the US. That is seemingly not going the be the case, as his name only appears on one date. Interestingly enough his gig schedule looks relatively empty for those dates. Maybe Skrilly will be cheering on the squad from the sideline, maybe he will be driving the bus, who knows? We are pretty sure he will pop in a for a few more nights with his friends. As one of the busiest Djs out there the Skril road crew does upwards of 300 dates a year. Known for his on the run production, maybe the dubstep hero is going to take some time in the studio.

With no sign of slowing down anytime soon, the former emo vocalist is on his way to king of the scene. Heaps of producers try to emulate his sound and few succeed. Skrillex or not, this tour will be wild to say the least. If its coming near you be sure not to miss these guys. 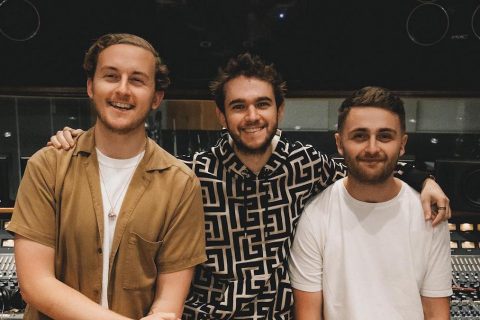